How to make a treasure hunt for kids ?

Make a Treasure Hunt requires a lot of thought and preparation to achieve a well-balanced and successful game. This is what I do, I invent treasure hunts for kid’s parties. I’ll give you all the advice you need to create a wonderful adventure that will delight your child and their friends at their next birthday party. I’ll provide step by step instructions, explaining all the important elements to ensure your treasure hunt is a success. 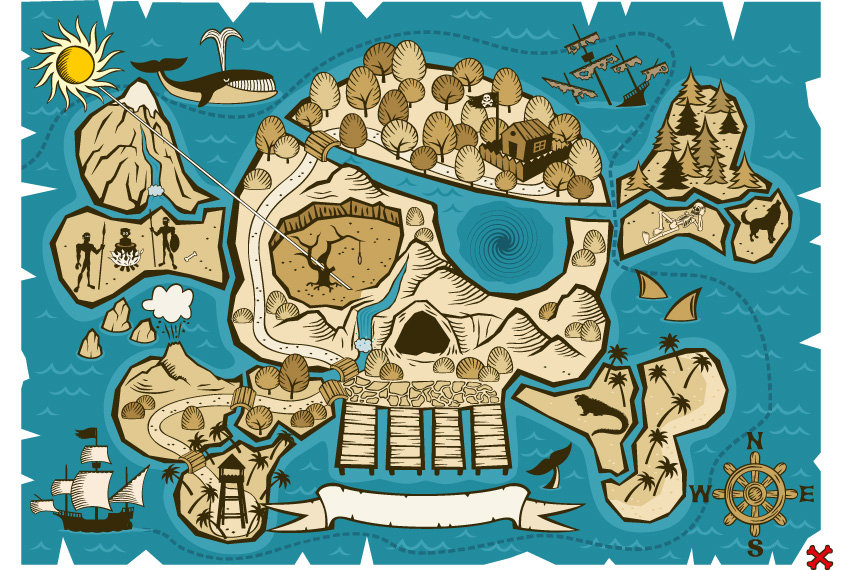 1- What format to choose for your treasure hunt?

Treasure hunts with maps: in treasure hunts with maps, the starting point is of course shown on a map. A plan of the site where the treasure hunt will take place is drawn on this map: a house, apartment, garden, town, village, forest, park, shopping centre, etc. The participants are led from point to point collecting the various markers hidden by the organiser. These markers may correspond to riddles or parts of a jigsaw. Together, these markers/riddles enable the location of the treasure waiting to be found.

2 - The elements to take into account for a treasure hunt

Firstly, the age of the children will influence the length of your treasure hunt. Children under 6 have a concentration capacity of around 40 minutes. For children over 8, one hour is a good length during a party.

The puzzles should be adapted to the age of the kids: neither too easy, nor too complicated. Finding the right balance is one of the most difficult things for a treasure hunt designer.

The theme: you should choose a theme that will be popular with your child and their guests. A treasure hunt for princesses may not be good idea for your son. Try adding a few knights or pirates maybe…

The location: a house, garden, shopping centre, park or forest, there are so many places where you can organise treasure hunts. This will influence the content of the riddles, for as we have explained, it is the riddles that enable the hiding places to be deduced.

Here are a few examples of riddles and clues to use when designing a treasure hunt. Each riddle enables a location to be guessed.

Rebus puzzles Rebuses are a series of drawings which, once interpreted, give the syllables for a phrase or word. These can be used to create words or phrases that are used as clues for the treasure hunt.

Jigsaw puzzles Here is an example of a jigsaw, once solved it suggests that the children should go and look for the next clue near the piano. 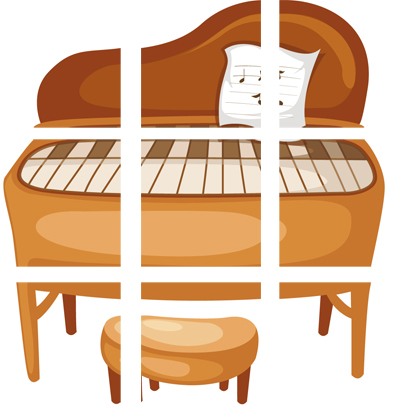 To make a jigsaw, simply take a photo of the hiding place of the next clue, print it, and then cut it into several pieces.

Secret code puzzles Here is an example of a puzzle where you have to use a code to discover the hidden word. This example is taken from a treasure hunt in French, the word in code being door.

Coded phrase puzzles This is an example of a coded phrase where the children should read every other letter to find out where the next clue is hidden: FCUAYR (CAR)

Riddles Here is an example of a riddle to enable the children to guess that the next clue in the treasure hunt is waiting for them near a comb (i.e. in the bathroom). "What has teeth but doesn’t bite?"

Writing the story and scenario: a treasure hunt often starts with a letter sent to the children by a character in the story. An example would be a letter received in error sent by a pirate writing to a fellow pirate so say that their plan had succeeded and that the treasure has been hidden in a safe place. To find the treasure, the fellow pirate needs to solve several riddles which will him lead to the hiding place. But the first pirate has made a mistake when sending the letter, so now it is up to the children to set out in search of the treasure…

Preparation: this is what takes the most time; you need to invent several riddles, subtly balancing the difficulty level.

Setup: plan where to hide various riddles, without your child knowing, before the day of the party. Use adhesive tape to attach the puzzles in places where they won’t be easily found: under a chair, behind a door...

Making the treasure: the treasure itself is the grand finale of your treasure hunt; a shoe box wrapped in brightly coloured paper is perfect. You can fill it with fake pieces of gold, small packets of sweets or small toys, for the guests to share and take home.

I hope you’ve found this guide to organising treasure hunts useful. Not everyone has the time and the ideas to create their own treasure hunts so a selection of inexpensive ready-to-print party treasure hunt and game creations are available from my online shop. The kits are available in PDF format on several different themes and for all ages. http://en.zalunira.net 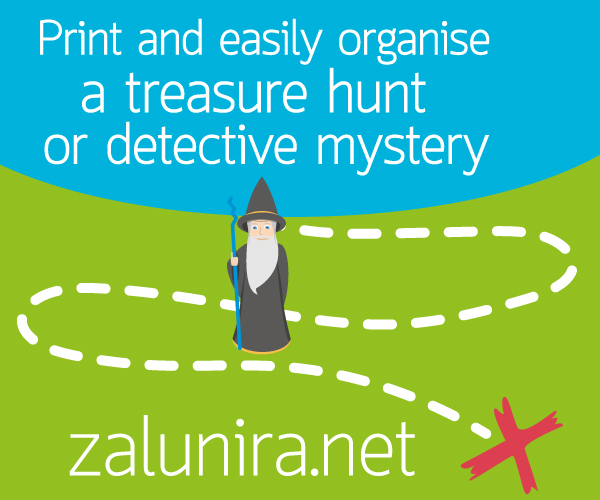 Organising a detective mystery (2 %) How to make a treasure hunt for kids ? (2 %) Hens Foxes Snakes (1 %) Sack races (1 %) Ambassadors (1 %) Open your eyes (1 %) Musical chairs (1 %)
Use the code ALUNIRA-EN to enjoy a 20% discount on en.zalunira.net, the online store for read-to-print treasure hunts and detective mysteries.